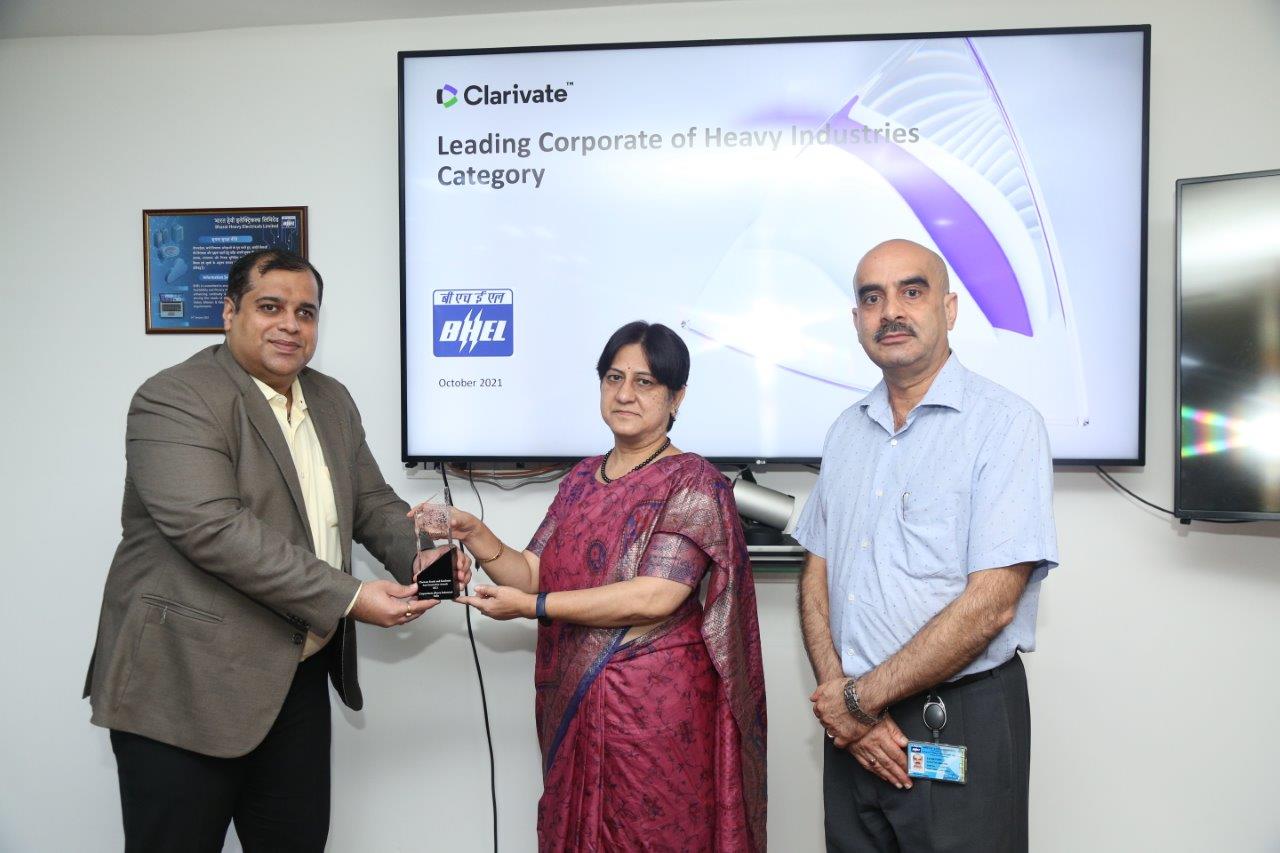 New Delhi, October 18: Bharat Heavy Electricals Limited (BHEL) has been adjudged as winner of the Clarivate South and South East Asia Innovation Award 2021 under Corporations in India - Heavy Industries segment, recognising BHEL’s efforts as a leader in Innovation and placing the company among top innovators in India. The award has been won by BHEL earlier in the years 2018 and 2020 also.